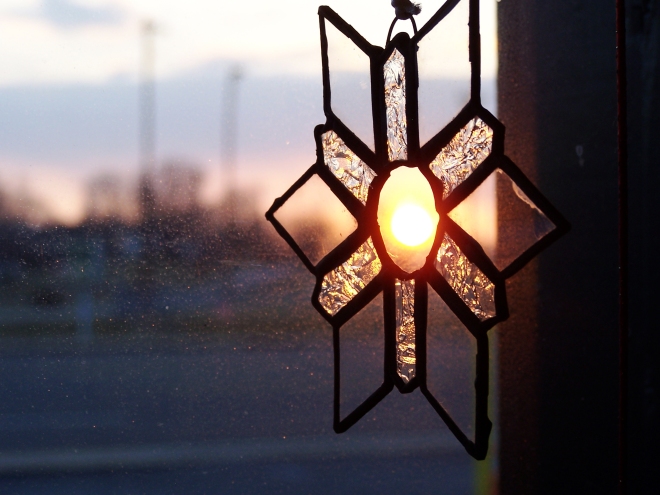 The bells are ringing, the choirs are singing,

Another year has gone by.

The Father above, in his Heavenly love,

Sent his only Son to die.

“Love, Christmas is here. There is no snow but occasionally it feels cold enough you can imagine that it might come before the day is o’er. Church on Christmas Eve was a heavenly thing. I swore the sky had opened and it was the angels who were singing the hymn of “O Holy Night.” I prayed and found for a moment my heart was at peace.”

Grant was sitting at the corner table, sipping his coffee and watching the sun through a glass ornament. It was a quaint coffee bar. He would play to the few people who had nowhere to go and no loved ones to spend the season with. They smiled and tipped him what they could before they left to wander again aimlessly, not knowing where they shall go.

It was growing dark and the shop was closing but they were allowing the musician to sit and enjoy his hot drink while the barista cleaned before leaving for the night. Grant sighed as he stared at the note resting before him: his scrawl–spidery and large.  His gaze returned to looking out the window and smiled as a family ran by all holding hands to get out of the cold.

He hummed a Christmas tune as he wrapped the scarf around his neck then buttoned up his coat. He shook the hand of the barista and went out into the cold still humming the song.

“Lorraine, do you believe in miracles? I do, because a woman such as you loved a man like me. This year has been long and our time apart hard but I am learning how to be patient. I will see you again soon.”

*Note: This is a fictional story of a musician named Grant. It is loosely based on the places I traveled as a musician in a band. I was inspired by the photographs we had taken over the years as we went from coast to coast and North to South. Another source of inspiration was a song called “Suitcase Full of Sparks” by Gregory Alan Isakov since it brought to mind all the miles, joys and hardships of life as a musician.

I hope you enjoy it.